The Search for the Lonely Princess 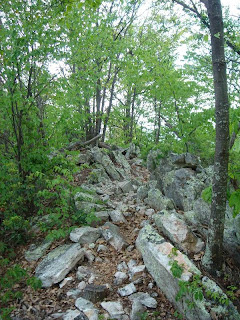 Several months ago I wrote a story which you can find on this blog in the Sept. 06 archives entitled "The Lonely Princess" Since then I have had several readers ask if there was more to the story. At the time I had not planned anymore but recently I decided to do a sequel. I actually had an idea for another story using the first paragraph below but decided to take it in a different direction. So here it is. I hope you enjoy. Just remember, although there is some truth behind the story , it is fiction!

The Search for the Lonely Princess.


Progress had slowed to a mere crawl as the runner inched his way forward up the seemingly never ending climb. Even at this slow pace his heart was pounding at it's maximum rate as it tried in vain to bring enough blood to the skin surface to save the runner from over-heating. Finally, he could walk no more and slumped down, exhausted on a rock in a small patch of shade to escape from the relentless mid-day sun. His eyes burned as a river of salty sweat streamed down from his head and body forming puddles at his feet.

What kind of cruel sadist would stage a 50 mile race in the middle of August on this rock-pile called Massanutten? But more importantly, why was he here running it in the first place? If it was always this bad he would quit he thought as he tried once again to lie to himself. Although he could never really explain it to anyone, deep inside he knew what drove him forward. And why he would continue to run until he would one day be unable to rise from his bed to greet another day. He had to because it was the spiritual string that connected them.

He slowly removed his cap to wipe the sweat from his brow with his soaking wet shirt sleeve. Then he looked at her picture, scanned from an illustration in a child's fairy tale book that he had taped under the bill of the cap. At times like these he found comfort in talking to her. Even as bad as he felt, a smile crossed his face as he realized the absurdity of the moment. If they questioned his sanity before, what would they think of him now sitting on a rock in the middle of an ultramarathon in August talking to an imaginary Princess.

He had been in love with her as long as he could remember now. For countless years, he had searched unsuccessfully to find her. As a child she began to come to him in dreams and they would play together innocently as children do, not yet understanding the definition of love. Then for many years the dreams stopped as the boy grew to manhood. But one night after a long absence, she returned to his dreams, now as a beautiful young lady. And as they recognized each other they would gather in a tearful embrace at the joy of finding one another. But then the dream would end and the Princess would be gone leaving the man once again alone.

Over the many years he searched from face to face, eye to eye hoping to find her, believing that she truly existed. Several times he would meet someone and think the fairy tale would finally come true. But always it would just turn out to be more of a nightmare and the woman would merely be a Damsel in distress. Psychologist have a term for it, "white knight syndrome". Try as he may, he was unable to save them from themselves and in the process he began to withdraw from the world as he grew weary of the search. No, the True Princess would not need saving, nor did he. They just needed to find each other. And so despite the seeming hopelessness of the search, he could not let go of the vision. And as he searched and searched in vain, still she would come to him, the same dream repeated time and again over the decades.

And now here he sat, parched and exhausted on a rock on a mountain, talking to an illustration. Long ago a big part of him had given up on finding the Princess. She still came to him in that same dream, but she was always the same as she had been so many years before. Still the same young, beautiful face with long brown hair flowing gently over her tender shoulders. But time had not been so kind to the runner. The dark hair of his youth was now thin and gray and his face was showing the weathered stress of the passing years.

Placing the cap back on his head, he slowly stood and stretched before once again heading up to the summit of the climb. And as he began moving forward, he knew he would not give up on his search. No, they would never feel the reality of that embrace in this lifetime, but somehow, someday across the barriers of time and space , they would be together. In the meantime he had a race to finish. She would understand.

Thanks Steve Pero for the photo
Posted by runjoey at 9:57 AM