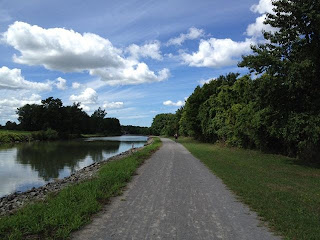 In case you've been wondering why I have been posting all the Niagara Falls pictures on my facebook page, here is a little bit of an explanation. It seems I have a little 100 miler to run just a little Northeast  of Niagara this weekend. 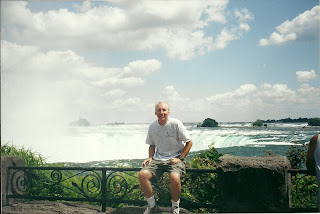 This may come as a bit of a surprise to most of you. Usually I have races on my calender and talk about them quite a bit leading up to race day but for  a couple of reasons this time I decided to lay low and keep my plans on the quiet side. There are a few people I have mentioned it to that probably don't really care and of course the Angels are in on it. In fact one of them, Jenn the Ultra Angel Ennis is running it too !

It's kind  of odd that I ended up picking this race to began with as I really hadn't planned on doing another 100 this year but there were a couple of factors that played into the decision. For one, I was very frustrated with my attempt to get a 100 mile pr. First it was the the problem with the stupid race that shall remain nameless with their extra 5miles and a ridiculous bushwhack up and down hill on a "flat fast" course. Then in May I  decided after having to drop from said nameless race,  that I would go for the pr in my own event, The Nightmare on the Neuse. The  only nightmare was the weather throwing a wrench into my plans. After an extra cool Spring and running all my miles in the 50's to the low 70's with low humidity, it turns 86 and humid. I still ran a lot better than I expected considering I had no heat acclimation but I slowed too much for the pr so I shut it down at mile 50.

The other reason involves the Ultra Angel. We had originally planned to go to  out West but she was unable to make the trip to Bighorn. So we were considering something else closer and looked at Burning River but it was getting close to race day and no decision was ever made for sure and I decided  I really wanted to go for the pr one more time without having to wait until next Spring so I looked at this one. When I mentioned it to Jenn I was surprised that she actually wanted go  because I figured a flat course  would have no appeal to her.  But she said lets do it so we signed up and booked our flights.

Signing up for this one in the hopes of going for a pr is kind of a crapshoot with the weather. I would not have even considered a race in August for a fast time but when I looked at the historical weather review, the average  high for Lockport NY where the race is held is only 78F. If I got lucky and it was average or lower I may have a legitimate shot at running a pr. But, the record high is 98F and we could get anything in between. I decided it was worth a shot and committed to it figuring if it was too hot I would just run to finish and if we got lucky and it was cooler then I could go for the pr.

Well, right now the forecast is for 80F high and 59f  for the overnight low so it's game on ! That is still pretty warm but it should be a bit less humid and I am well acclimated by now with two back to back big mileage months with many days of running in the 80's and 90's with afternoon runs with the heat index well over 100.  I know not to go for the fantasy goal but if things go well and I keep it smart there is a good chance I can finally beat the pr of 23:15 from 2007 at Rocky Raccoon.

There is no runner tracking on their website but I hope to be in touch with Awesome Angel Amy and she will try to give updates on my fb page throughout the day and evening and I will try to post on fb myself after she goes to bed.  The course is flat along the Erie Canal towpath. We go out 12.5 miles and back  4 times so I will try to update every 12.5. Cool , just like Umstead but no hills ! 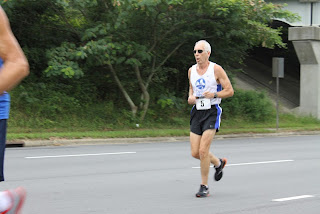 Posted by runjoey at 9:08 PM No comments: