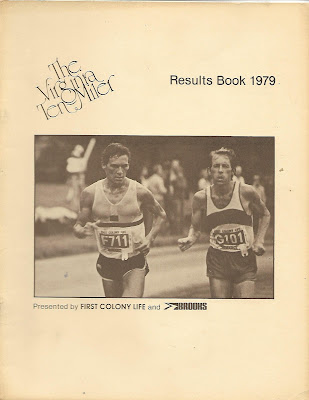 Posted by runjoey at 8:25 PM No comments:

Oak City Mile and a week of training

I was excited for the last of my summer of miles but I really wasn't liking the late summer weather.  I arrived about 1pm for packet pickup and talked to some friends before heading out 30 minutes before the race to do my warm up. How convenient it was to have a one mile certified course for my warm up ! This gave me a chance to see the course and plot my strategy. There were no 1/4 mile markers but I could tell from my pace about where they would be. By the time I was done I was already soaked in sweat. With 10 minutes to go I found a short flat stretch of road that was blocked off to do a few strides and then headed to the start. It was now 92F and sunny !

After less than 100yds the course begins an upgrade to about the .3 mile mark so my plan was to be sure and hold back a little bit and not go into oxygen debt too early. But, wow everyone took off like crazy !  I just let them go but it still felt like a really hard pace.  I don't know how many were behind me but I know there weren't many. As I came close to my estimated 1/4 mle mark, I   glanced at my watch and it seemed  was about on pace. I was already beginning to pass a few , mostly younger school age kids and a few other less experienced runners.

After cresting the hill its a little steeper down to the turnaround and I was hoping to push it but with the heat and already feeling the effort , I wasn't going much faster but still passing a few more.  I passed the half in about 3:16, pretty close to what I was hoping for. Now I just had to make it back up to the hill without blowing up. It was hard but I passed yet a few more people and the whole time I'm fighting with myself to not back down. Only 2 more minutes of pain !

Finally at the top and I knew just around the bend I would be able to see the finish. Push it ! With about 300yards to go I passed one of the few men I saw that may have been in my age group. He was toast as I flew by. I just didn't know if there may have been someone that didn't look old ahead !
I gave it all I had and finished in 6:41. For a nano second I was disappointed not to be closer to 6:30 but with the heat and not so flat course I was very pleased with my effort.

Turns out that was good enough for 1st in the 60-64 age group. Ok, so what if I was the only one ! At least no one older than me was faster and I only finished 6 seconds behind the 55-59 winner. Overall I was 65th of 97. Not bad for a race full of mostly younger guys.

So, thats it for mile races for this year. Who knows what next year will bring? As for now I will move up the distances a bit for the Fall. Next up is The Virginia 10 miler on the 24th. I'll be doing a preview of that in a few days.

I felt great the day after the race and got in a really good week of training including a good hilly 11 miler on Friday, the longest since Boston ! Ended up with 31 miles for the week which is the best since June. And as always I have been doing and loving a lot of cross training. I was able to get to 4 Bikram hot yoga classes,one weight session at the gym and 6 other body weight workouts. I'm feeling great and looking forward to a strong racing season ahead
Posted by runjoey at 9:15 PM No comments:

I'll be racing in the Oak City Mile on Sunday 9-11 , my first time for this event held on Hillsborough Street and the last of my mile races this Summer. Oak City is a fairly flat course for Raleigh with only 47 feet of elevation change on the out and back course.

After my last track race I took a month off from doing any speedwork to give the legs  and body some recovery but I returned to the track two weeks ago for some sharpening. I was pleasantly surprised on an 80 degree muggy, sunny morning to run my most consistent and fastest average 200's workout of the year. Then I followed that up this week with some strong 400's and my best 200's in many years. I expect the race is going to be very hot with a high predicted of 89F for the 2pm start. Even so I am hoping to run close to my goal of 6:30.

I did get my weekly mileage up slightly with 24 and 25 mile weeks helped by a few days of cooler drier air before the heat came back with a vengengeance this week. Sitting at 14 this week with just the race tomorrow. Not running today !

And as always, lots of other stuff. Still getting in about 4 hot yoga classes  week with 11 classes this 3 weeke period. And I got in another13 workouts of  body weight, tibetansand other fun stuff. A little slack on the weights with time for just 3 visits but made it twice this week.

Stay tuned for the resuts and plans for the coming weeks !
Posted by runjoey at 11:55 AM No comments: