Whats with all the cross training ? 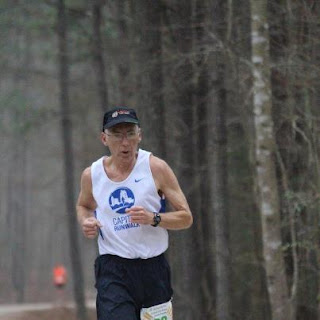 If you just read my blog, then you probably don;t know what I'm talking about but if you follow me on Daily Mile or Facebook then you have been seeing an awful lot of other workouts besides running lately.
Lets take a short look into the wayback machine for a little history.

As a child I was always around sports but being scrawny and  not very talented I wasn't good at much of anything but enjoyed the exercise. At some point we had some boxing gloves and a speed bag so me and my brother mostly but some other friends would beat each other up on a regular basis. Sometime when I was around 9 or 10 dad bought us a 110lb  Ted Williams weight set from Sears ( which I still own) and we had a good exercise book from the NFL coaches and trainers. Of course it was used sporadically and then interest was lost just like when we read Ken Cooper's Aerobics book in 1968 that had us experimenting with running for a short while.

Fast forward to when I was just past High school and working for the drugstore downtown. My boss and friend and mentor was into body building and got me started with it as well as doing some yoga. I was really enjoying that stuff and worked out hard for over a year with the weights working up to 6 workouts a week plus extra pull ups and dips at work. I went from a scrawny 128 lbs to about 142 of muscle before I began running and you know how that story goes.

Not much cross training went on after that until my knee injury in 1998. I joined the Y to help with the rehab and started biking and swimming eventually getting into tri's in 1999 until 2005. By then I was full bore into ultra's and quit swimming and biking for another 3 years when I got talked into doing a sprint try and then in a moment of insanity entered an Ironman exactly a year later. So I was back to the Y  and swimming more than ever and added core work and weights  about 3 days a week for about a year. I was in pretty good shape at that point but soon after the Ironman in 2009 I quit the Y again and haven't been on my bike or in the pool since and not long after my core program was neglected once again. 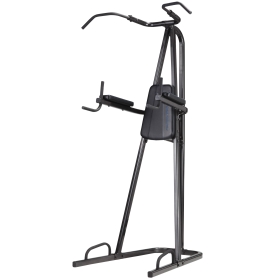 So, I noticed last Fall that I was feeling pretty weak other than my running and my weight had been in the upper 140's for a long time. I felt soft and I noticed I was slouching a lot and some  pictures of me running showed me hunched over when I was tired. I decided it was time to do something about it. I begin working on doing my core routine for 15-20 minutes and had done that for  awhile when I decided to  begin doing the 100 pushups challenge. Just before I began with that though, Amy  put out a  30 day plank challenge. I decided to wait to begin the pushup until after that was over. We actually did the planks for about 37 days and then I moved onto the pushup beginning in  December.

The pushups were working well and then I bought a power tower in Feb and added pullups and dips to the program as well as leg raises to the core. About the same time I began the 200 situps challenge to add to the core. So by now I was getting in a lot of extra work and starting to see results in the way I feel and look. I also started losing the extra weight as I cut back on snacks along with all the extra work and other quality running. so just about everyday I was doing core one day and body weight strength the next in additon to the running.

I was also influenced by Amy to begin doing yoga again to try and get back some long lost flexiblitly. She had been taking yoga classes for awhile at Arrichion hot yoga so I pulled out my old yoga book and begin working on  some beginner stuff. Not long after that I came across a 21 day beginner challenge from Yoga journal online with videos so I have been doing that and now I am near the end of the 21 day intermediate challenge. Really enjoying doing these routines nearly everyday which has me up to 3 or 4 workouts a day now. I can really feel the results and I think people can see the results too. I am enjoying doing all the extra work and look forward to getting up every morning and getting started. Here I am at 57 and in nearly the best shape of my life !

Speaking of Arrichion, I would like to give them a plug. I took advantage of a 20 day intro special so I could see what it was all about that Amy was enjoying so much. In addition to the hot yoga they do a circuit training class several times a week that I wanted to check out.   I really enjoyed the circuit class. A great high intensity workout that works cardio with weights, core, plyometrics, body weight strength, kettle bells, medicine balls and other stuff that gives you a great full body workout.. I am not going now because I am tapering for a 100 and then I'll need to recover before doing anything else with that much intensity but I hope to make it to some classes every now and then when I can fit it into my schedule. And the hot yoga? not so much. Seems people either love it or hate it. hate is a strong word but lets just say I am not a fan. I hate being hot, don't like sauna's so I'll stick to doing my yoga at home with the fan blowing on me ! they do have some really good instructors so if if you think you might like hot yoga , give them a try.
Posted by runjoey at 9:22 PM