Lightning, bugs and other notes on the Boogie 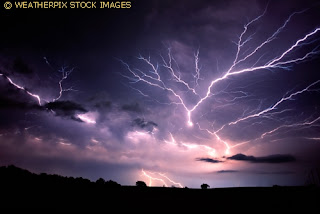 Lets start with lightning bugs. They were out for awhile this year before the rain but I feel sorry for folks that have only run the Boogie in the past couple of years. That's when the super bright light was installed at the boat landing which now shines all into the trees on the opposite side of the road. Before they had to go and screw that up it was nearly pitch black in that section and it looked like a million stars flashing from the river up to the top of the canopy. What an amazing show it was. I don't guess there is anyway we'll ever get them to turn that light out for the Boogie in the future.

And speaking of the storm, as I mentioned in my report I was never worried about the lightning but that's not to say that I don't have a healthy respect for the power it possesses and I have had times when I was certainly very nervous. It was certainly a spectacular show for awhile and being out on those lonely roads around midnight may have made it seem that more intimidating to some but there were always several seconds between the flashes and thunder so I never felt in danger. As a child I was always fascinated by lightning and my Mother always remembers when she would look in to check on me during a storm, thinking I may be afraid, would find me on my knees with my head through the curtains staring out in wonder. Sometimes I still just open the curtains and watch the show.

Over my 34 years of running now I have been caught in many thunderstorms where I did feel a bit scared, including a couple times in the NCRC August Umstead Series. I remember once in particular a year or two before I started hosting it and the course still ran down powerline hill. Lightning was crashing all around as I began the climb back up and I was actually trying to duck down a little (like that did any good)to avoid getting hit. Last year we got out of the park just in time as a major thunderboomer hit the park and flooded Glenwood Ave.

But the scariest event had to be back in the 90's when I was working in Columbia SC. I was planning an easy 4 miler out and back on a greenway along the river. Just before heading out I could see that a storm was brewing off in the distance. I figured I would be done before it reached the area so I headed out. Bad decision. It turned out to be a fast moving storm and hit just as I got to the turnaround. Violent crashes were hitting in the trees all along beside me and I was nearly sprinting the whole way back and praying the whole time. It stopped just as I finished. Later back in my motel room I heard on the news a couple were killed on the opposite shore of the river at the zoo.

A couple of years ago I was driving to Durham during a violent storm when suddenly a huge bolt hit a tree on the side of Highway 70 right beside me and the concussion was so strong it moved my car like a gust of wind and I could feel it inside the car. Yep that got my attention.

Back to the Boogie. As I said in my report, Doug and all the volunteers are wonderful but this year was even more special thanks to the support of a contingent of Raleigh area cheerleaders. Andy Surrette and the kids were down to crew for Amy and Angela Dukes was there for her husband Bryant. And Amy Schimmel and Lauren Wilkins came down just for the fun of it spending some time riding bikes on the course before dark. All of them offered help but I am used to be self-sufficient at these things after 60 or so ultras without a crew but it was still great to have more smiling familiar faces cheering me through each time I passed by the main aid station. Thanks for the support everyone.

I am also very happy to report that all of my Angel Team did an outstanding job. Lisa "Mountain Girl" Howell improved by 3 minutes over last year and was first woman Grandmaster in the marathon. And in the 50 miler my ladies went 1st,3rd and 4th place overall with Trail Angel winning and improving over last years time by a considerable amount. Ultra Angel in her first 50 mile Boogie was third and Ultramom Amy in her first 50 miler ever did outstanding in 4th. I take no credit for this of course. One of the reasons they are on my Angel Team is because they have proven to be Superwomen, tough as nails mentally and physically. Just wish the Marathon Princess could have been there. She and I ran the marathon together my first year when we had just started training together and I was hoping she would be there again. We need to get Margo down for some Boogie fun sometime too.

I guess that's enough of the Boogie for this year. Next year depends on whether or not I get lucky and have a chance to return to Western States. Stay tuned for more on that.

here are the Boogie results for this year
Posted by runjoey at 8:32 PM