Yes, our good friend Ultraman  has to leave us again, probably to fight that pesky Superman one more time. Hope he can return someday but I don't know right now if he will. 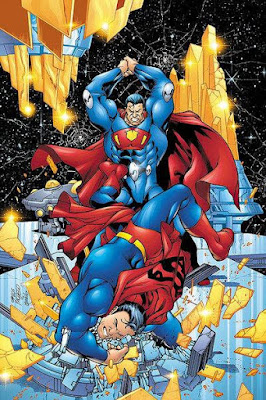 Seriously. No more Ultras, at least for the forseeable future. You people I told today I was retiring thought I was kidding but I am not. And no, this is not the usual joke we all say after a rough day.  Actually I made this decision about two months ago. During the 3 month layoff from the injury over the Summer I had a lot of time to think about what I really wanted to do in the coming year. Well, lots of things but I can't do them all so I have to listen to what my heart is telling me it wants to pursue right now and that is speed. Well, as much speed as a 60 year old can come up with.

The plan right now is to recover and then begin training for the Boston Marathon in April and a few half marathons will be included in that buildup. I may never go back and I would like for this 3rd trip to Boston to be a fast one !

After Boston then I really shift gears and get into some serious speed. I plan to race more short distance races and in the summer return to the track for the first time in 16 years and race some mile and 1,500's as well as some track 5k's.

Beyond that I am not really sure and a lot depends on how those races go . Hopefully I can strike fear into the hearts of the other 60's age groupers LOL !  I may try next Fall and Winter to compete in some of the Running Journal Series races and see how well I can compete there but that decision will have to wait awhile.

Over the past  nearly 14 years now I have completed about 80 ultras from 50k up to a 211 mile 3 day race as well as some pretty tough 100 milers. I have attained almost all the goals I set out to acccomplish so nothing to prove. I do still have a few dream goals but whether I choose to pursue them at some point I can't say.  The are so many events in gorgeous locations that I would like to run so who knows, maybe someday I will. I can say that the best thing about the ultras for me have been the many friends I have made along the way and many shared miles. I will miss that the most.

So for now it is time to move on. I do hope many of you will still see me at some other events and continue to follow along as I embark on this new phase and maybe, just maybe someday the fire to run long will return.
Posted by runjoey at 6:57 PM