Things have been going well with the comeback from the injury since last months marathon in Verona and although I am still a long ways from being back in shape to racing a marathon I was at least hoping for a faster time and a lot less suffering !

I made the drive down on Friday afternoon as always and made it before dark and enjoyed a quiet evening and checking out the sunset on the beach. 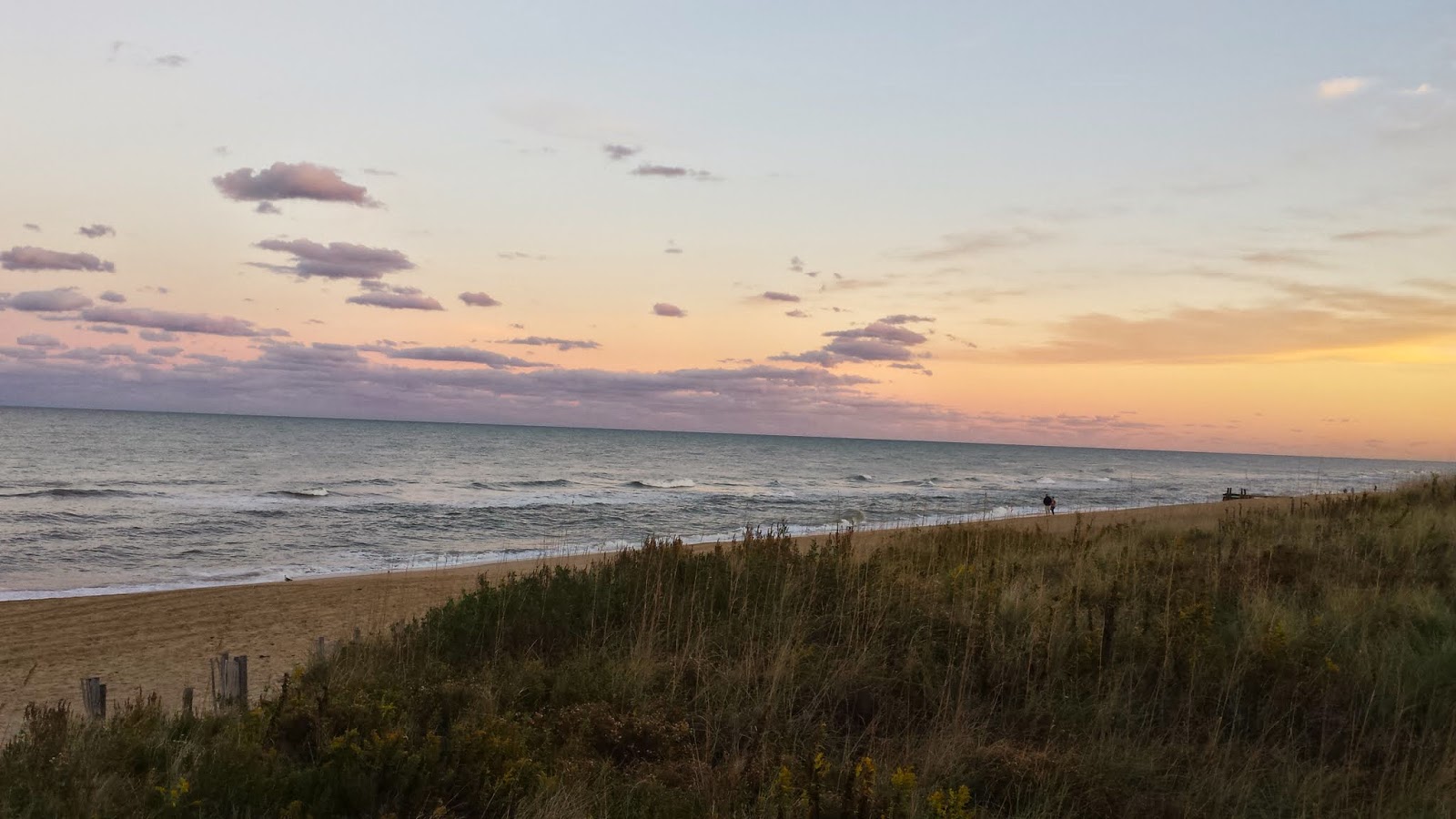 Saturday was another peaceful quiet day with a little sight seeing and a trip to the expo. I did get up early enough to head over to the start of the 10k to met a new facebook friend and see if any other of my local friends were around. Saw Rebecca there volunteering and talked to Greg for awhile.After the start I headed out for breakfast.

I was up early on Sunday morning and had a waffle while talking to some other runners. My kilt was already a big hit with several comments before I even left the hotel for the shuttle. Wearing the kilt here has been a tradition the last few times and is always good for getting dozens of comments over the course.

I rode the short shuttle to the race start where I met up with Karla and saw several other friends. The plan was to run with her once again in what would be our 15th marathon together. She had met a woman on her shuttle named MaryAnn.Tthey were discussing pace for the race and we decided to all run together. She was going to do a run 7minute walk 1  minute strategy. This would be very close to what we used running to each kilometer mark in Verona  and so we hoped it would work again to get us to the finish and maybe without me suffering this time ! 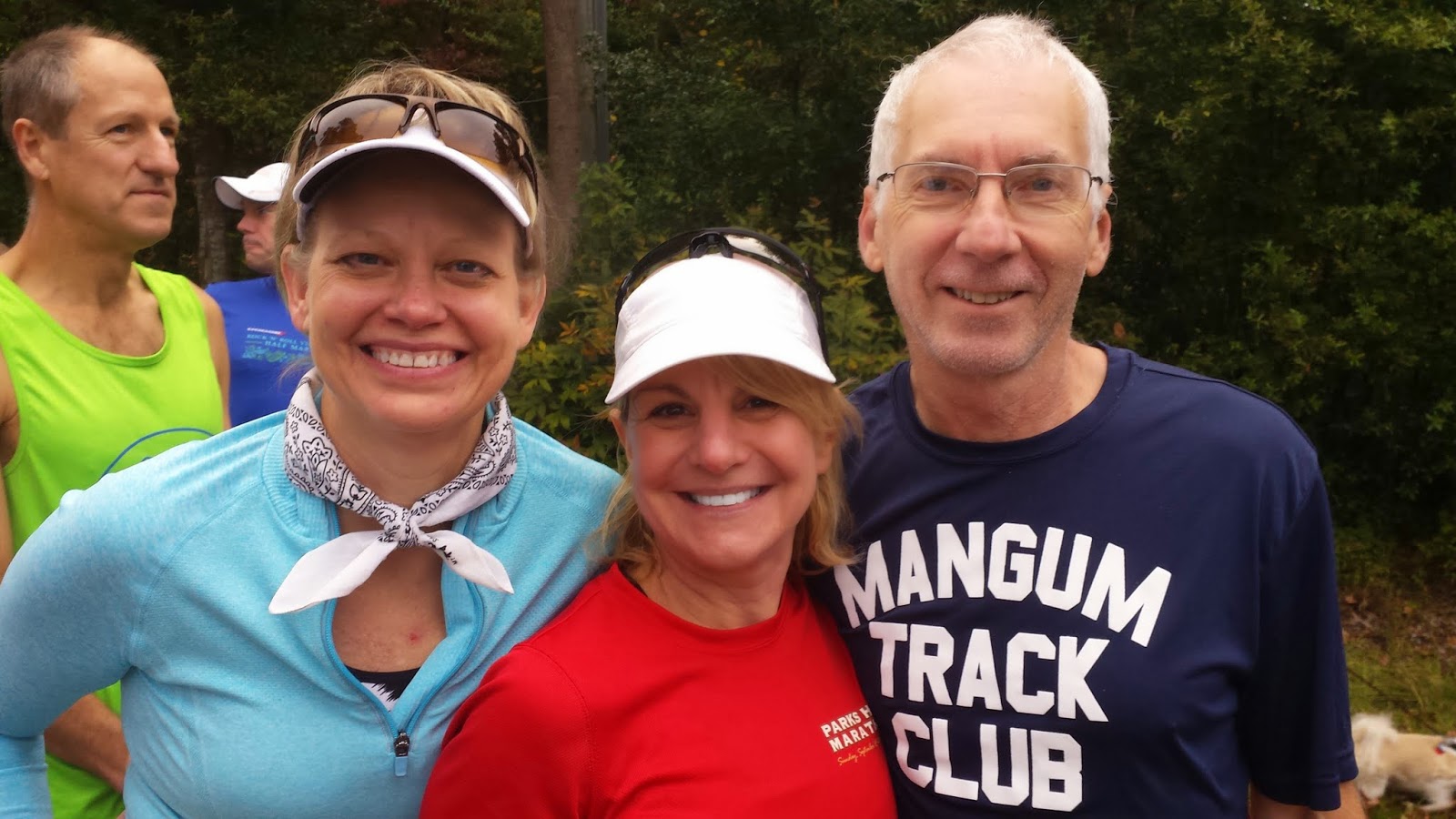 Things started off as planned and we were having a great time talking and the pacing was working well. MaryAnn was keeping up with the timing of the intervals so we didn;t have to worry with that part.

After about 5 miles and feeling ok we were joined by Dave Blanchard, a man I had met at a few ultra's before and he is a guest at the same hotel the Werners stay each year so he joined in with our group. Around mile 7  I noticed Karla was dropping behind a little on the run segments, She had only run about 9 miles since Verona so this was going to be a tough day for her. I ran along with Mary Ann for a while but then dropped back to stay by Karla. I was feeling ok but oddly enough I think I felt better in the early miles in Verona than I was today although the pace was nearly identical. 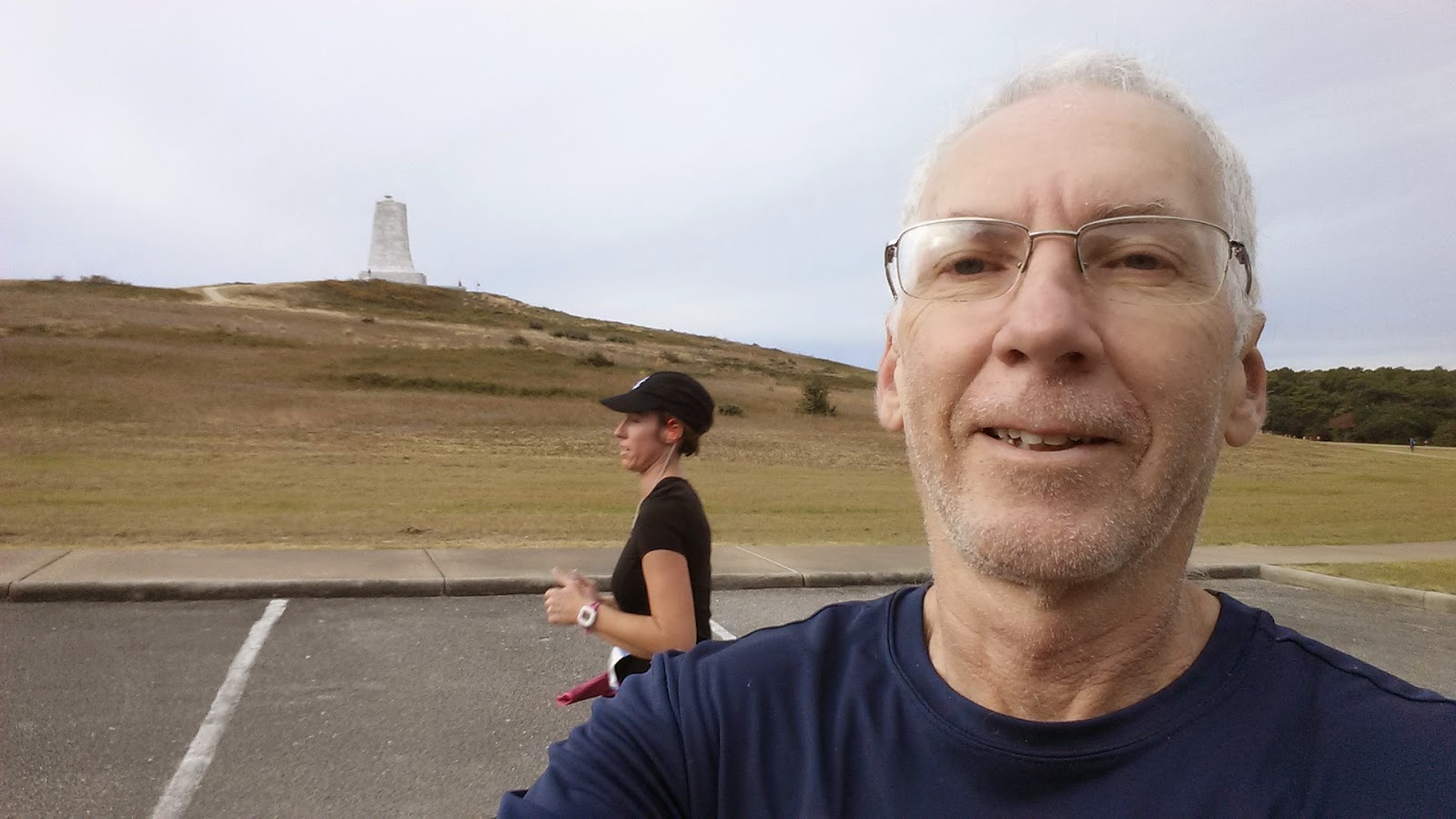 We continued on like this with Mary Ann calling back to us when to walk and she would wait for us to close the gap before running again. Once we made it to Nags Head Woods I was beginning to feel a little better. Karla and I decided to modify the run walk timing and use gravity as our choice as to when to walk but by the time we got to the steep single track turn we were still  all four right together. We reached the half at almost the same time as Verona, just a couple of minutes slower due to the hills in the woods for 3 miles but now we had flat for the next 10 miles ahead.

We resumed the timed intervals again but Dave and MaryAnn continued to pull ahead of us so we just let then go but Mary ann would still turn around and tell us when to run and when to walk as they were not too far ahead. Karla and I just continued to try and enjoy the day. She was tired and just wanting to get it done. I was feeling a lot better but no way I was going to leave her behind today.

We finally came close to the bridge and just past mile 22 when it was time to walk I asked her if she just wanted to keep running until we got to the bridge and walk then. She agreed so we ran on and passed the others. Surprisingly we ran about 90% of the way up the bridge and then with just a short walk break continued running down the other side. MaryAnn and Dave both went by us and from that point on pulled ahead of us a good distance to the end.

Karla and I were still running and I was feeling pretty good so I told her to just let me know if she needed a walk break and otherwise we would keep going. She agreed and we only took one more short break all the way to the finish.  Our time of 4:48 was 18 minutes faster than at Verona and instead of suffering and cramping like I did the last 10k there, here I was feeling good, finishing strong and could have easily kept up the pace for awhile. YAY  for getting back in shape! 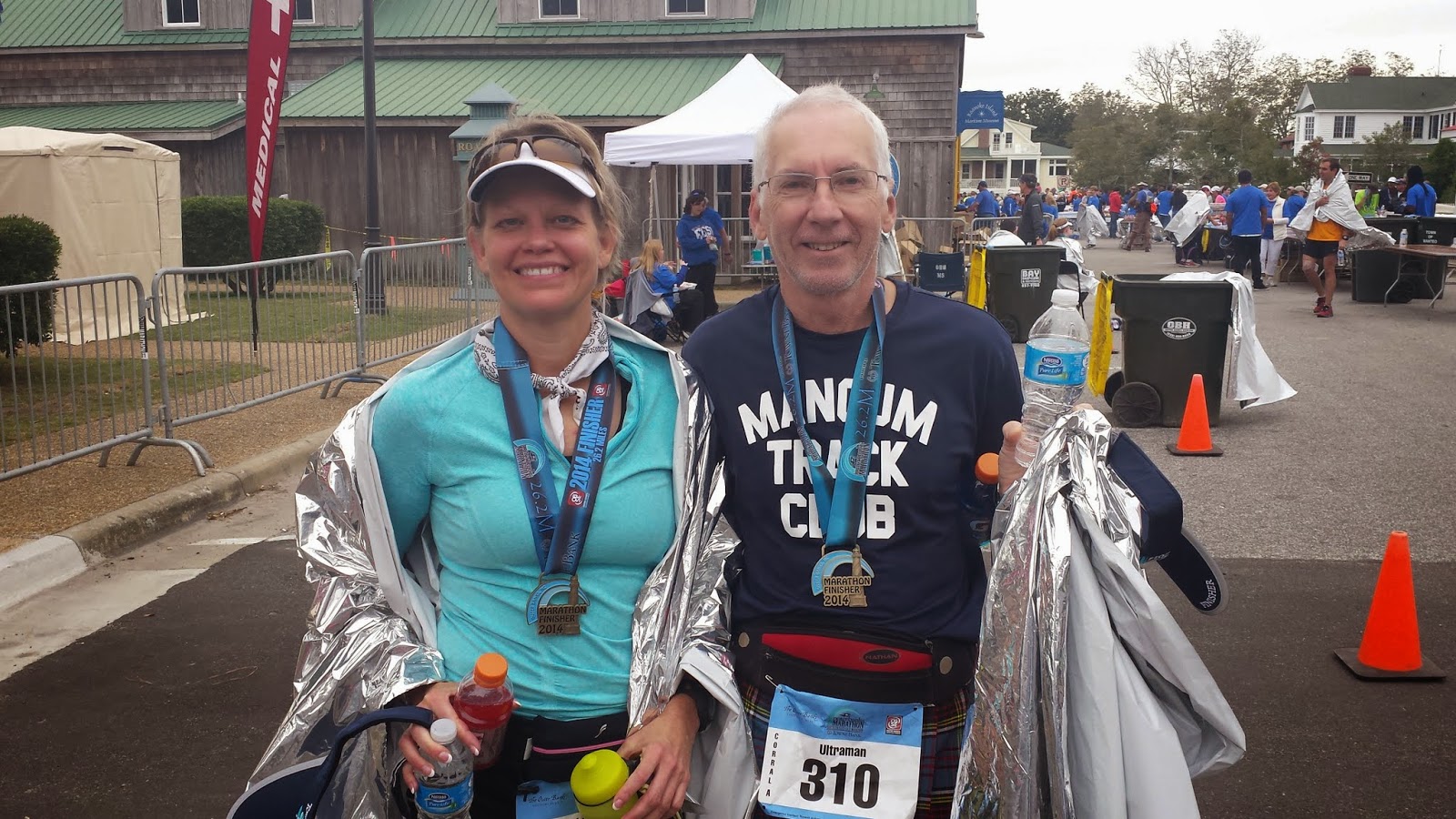 Very happy with the way things went and the progress being made. And very happy to share the race once again with Karla !

Stay tuned, more good things to come !
Posted by runjoey at 10:59 AM