Yes it has been awhile since the last update and that is mainly because there was really no training going on. Just a few days after the last post in late July I had a lot of pain  in the sitbone-upper hamstring attachment area. It had been bugging me for awhile but had gotten a lot worse. When I began my first speedwork to start off the final phase  for the BQ attempt I had to shut it down due to pain and tightness which prevented me from a full stride.

I went for a massage the next day which didn't help and really hurt a lot. Then on  Thursday  at the NCRC social run  I was in a lot of pain. I  I took off a few days and then had another massage on Tuesday. The next day I met Amy for some easy afternoon miles. Things went well for a couple of miles and then suddenly I had some sharp pain in the  left hamstring. A couple of walks and stretch breaks but it got worse and I was limping. Finally had to let her go on as I walked /limped back the last half mile. I was now really screwed up.

The next few weeks were just frustrating. Every few days I would go for a test run and would usually have to shut things down within half a mile as I could tell the hamstring was not healing and about to get worse again. Finally by Labor Day I was able to run 3 miles with Karla at the Flowers Plantation 5k but I shouldn't have and I was right back to where I was before, in pain and not able to  run more than half mile after taking off a week at a time between test.

I of course had to skip flying to Erie for the marathon and later that week in desperation I went to see John Stiner at Stiner massage. He has worked on my friend Laura Frey and he had an idea what the root cause of my problem was before I met him.

The first session lasted 2.5 hours , mostly testing out nearly every muscle in my body. I won't go into all the details but he said the main source of the root cause of my injury was that my glutes were not firing and he prescribed some exercises to fix things. I was feeling much better the next day and went out for a test run. I was amazed at how much range of motion I had with the butt attachemnt more relaxed and I did a fairly quick 3 miles with minimal pain and the hamstring although it still hurt some never felt like it was going to seize up or tear.

As you may know I had my trip to Italy and the Verona Marathon coming up on Oct 5th  and I was very frustrated thinking that I would not be able to run at all, never mind trying to do a marathon.  I went back to Stiner Massage  again the week before my trip. In the meantime i had gotten in a few runs with minimal pain including a 7 miler with Karla the Saturday before leaving for Italy. Slow but we got it done.

I need to mention that although I wasn't able to run for most of August and Sept, I was desperate to do something so I joined Planet Fitness so I could at least do something cardio. The elliptical was tolerable and didn't seem to hurt the hamstring so I did it a couple of times a week. I tried the exercycles but they hurt the butt. My favorite turned out to be the stairmill. Started a love hate relationship with it. It didn't hurt my hamstring at all and I soon found myself in a friendly competition with Laura which we dubbed Stair Wars ! 30 minutes to see who could climb the most floors. Those workouts were like tempos at first but as we reached higher and higher they were more like all out 5k races leaving puddles of sweat and gasping. The people in the gym thought we were some kid of freaks ! I have been doing core and body weight stuff as well as some free weights for nearly 2 years now but as I found myself with more time and access to the gym I started adding more weight sessions and using some of the stuff at the gym to add to my core routines. I have gotten much stronger over the last two months now. 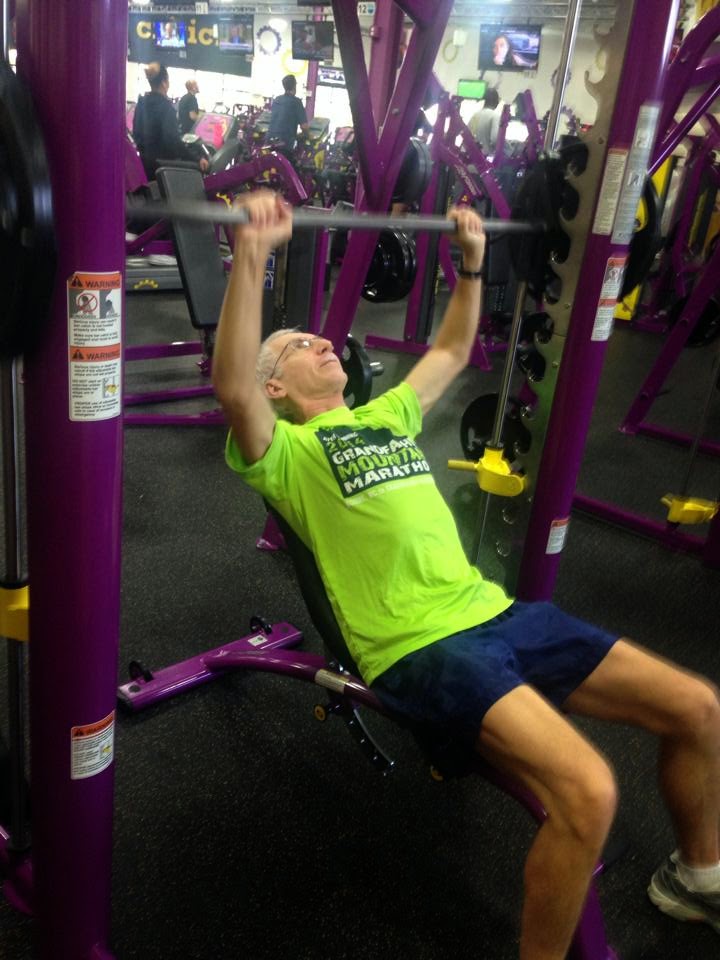 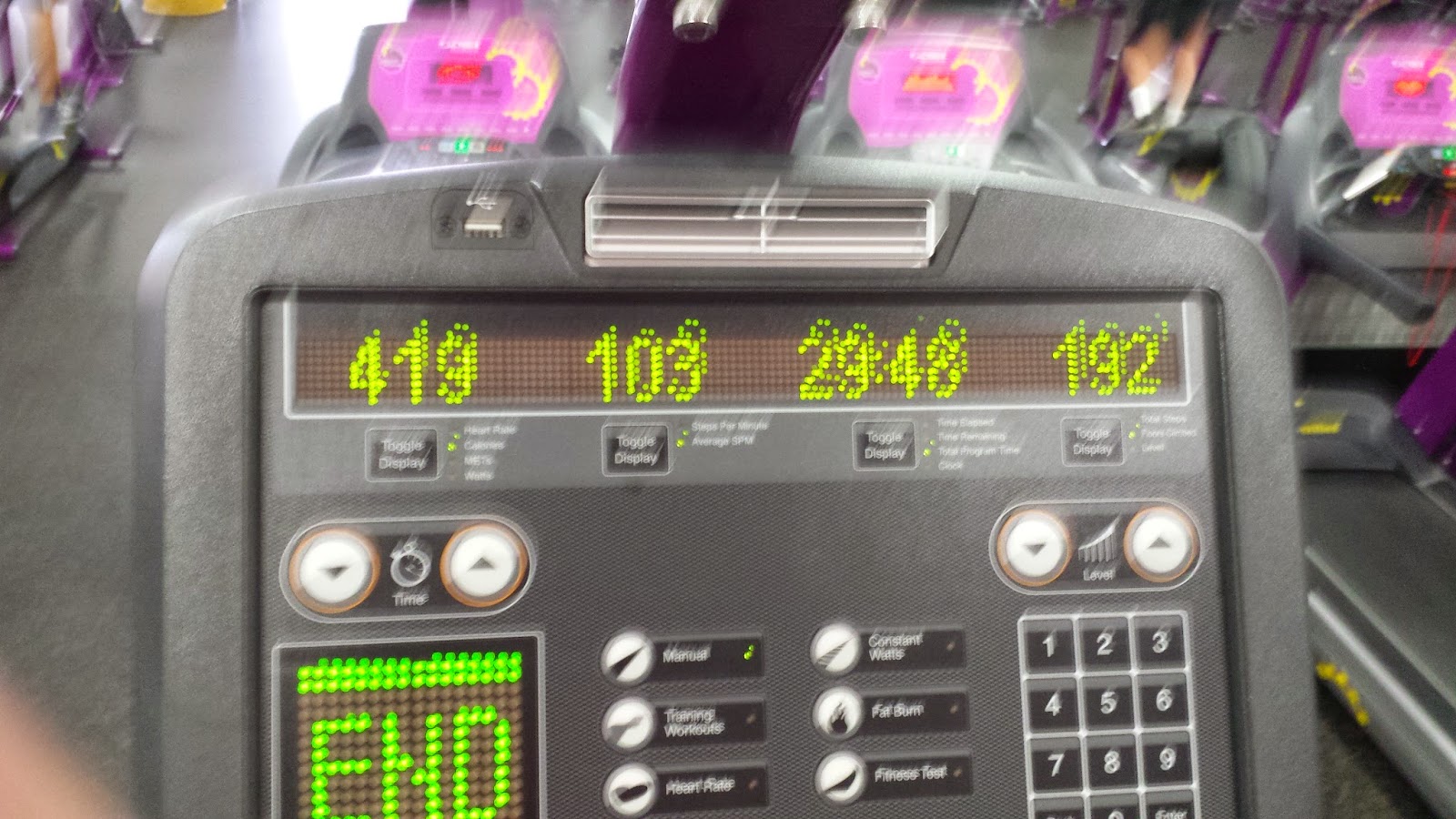 And so, with some rest, some cross-traing and thanks to John Stiner's magic and knowledge of how the human body works I am about 95% pain free and able to run again. I was able to run  if you can call it that in Verona but that is another story coming up shortly. Stay tuned !
Posted by runjoey at 7:09 AM