Its been awhile so lets talk training. Not enough is how I'm thinking about it. Yes, I have had some success with the racing so far this year but it could be better. I've got some good speed going for me and I've pretty much nailed all the speed workouts I've planned but where I feel I am lacking is the mileage. I have not been over 30 miles for a week since early last December ! The only way I'm going to improve anymore and perform as I want and expect to do is to start putting in more miles !
I had 29 miles last week, the best so far this year and my plan is to slowly begin to bump it up until I get back into the mid 40's to low 50's on occasion and then see how that feels and go from there.

The yoga continues to go very well with at least 10 classes per week of bikram and yin combined and I love that I can feel improvements in my practice along with the health benefits of having more stability and flexibility. The cross training has kind of dropped off although I still do some core and body weight stuff as time and energy allows. Moving forward I may have to cut back a little on the yoga to focus more on the running but hopefully I can make some slight adjustments in other parts of my life to keep the balance going.

A few of you may remember I signed up for the Glass City Marathon  which was held this past weekend. Obviously I was not there. At the time I entered I had big hopes of building from the December race but instead I slacked off and it soon became clear that I was not going to get anywhere near prepared for a Boston  qualifying attempt and that was my only reason for entering to begin with. So I decided to focus instead on getting into the best 10k racing shape possible for the Cotton Row Run on Memorial Day. More on that soon.

So in the meantime after a disappointing 10k in Goldsboro and a couple of weeks just not feeling very zippy, I think I'm ready for a few more strong weeks of training ahead. For some fun and a good speed workout I have entered a 5k in Morehead City this Saturday. Should be fun and I get to visit my friend Stephanie and baby Bowie. I would really like to run under 22 minutes for a 5k again, something I haven't done in about 4 years now. I'm doubtful it will happen this weekend but I think I can manage it before the summer is over. But after this weekend its nothing but training for the next 4 weeks.
That's all for now. Lots more to talk about but it can wait for another post on another day. Stay tuned to see what happens.

And since blog post are more appealing with a picture, here is one with nothing to do with this post. 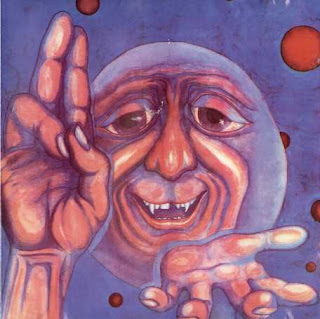