The training has been going very well since the last update 2 weeks ago. I am  now officially into the marathon training period for Wrightsville Beach next March.

I kicked things off for real with the 5k race/test last weekend and then  finished up the week with 44 miles, the most since the injury in July other than the week with OBX and Derby races. I was a bit tired the next two days after the 5k which I had followed up with a 10 miler the same afternoon but still got in some good miles. On Friday I was once again able to get in a killer fartlek/tempo workout with Laura and we were joined by two other fast ladies Pauline and Erin who are both aiming for a marathon at about my pace in March.  It was a real confidence boost for me to be able to hold the pace and finish the workout strong. 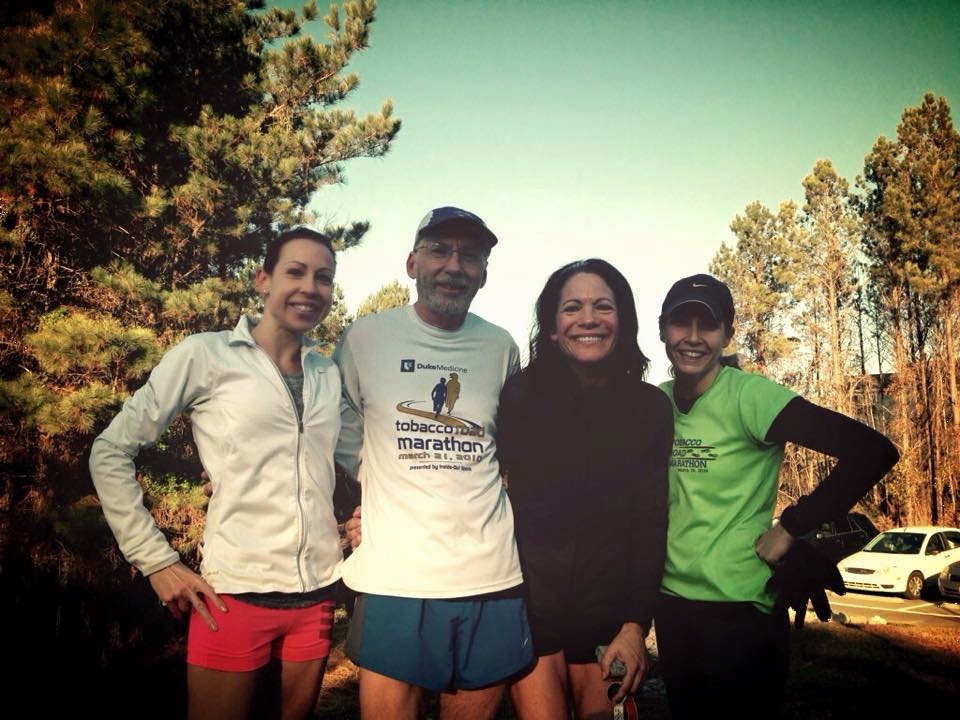 I normally don't like to do a long run the day after a hard workout but I got in a good 14 miler on Saturday and an easy 5 on Sunday gave me 54.5 miles for the week ! That is right back to where I was averaging pre-injury and I am hoping to stay at least in that range from now on.

The cross training is still going strong too with core, weights, body weights and glutes all in the mix. I have added an extra day wih the weights now since August and I am stronger than ever and I will continue with that until the final taper phase of the marathon. I enjoy the workouts and the way they make me feel and look !

So Stay Tuned and I will have another update after the new year !
Posted by runjoey at 6:30 AM